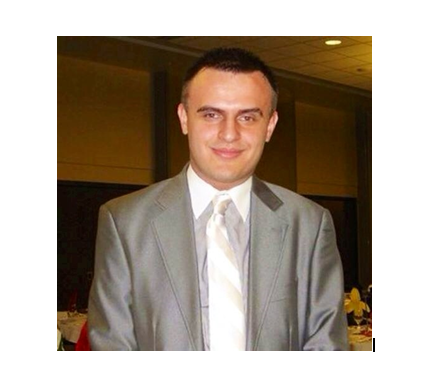 Fatlum Rushiti was born and raised in Kichevo (Kërçovë), Macedonia. In June 2005, he moved to the United States for school and work. He earned his Bachelor’s degree in Political Science & International Relations from the University of Wisconsin-Platteville in May 2010. He studied abroad for a semester at the American University of Rome. In Wisconsin, Fatlum worked in various fields such as sales, communications, public relations and human resources.

In August 2011, Fatlum moved to Hawaii for graduate school. He earned his Master’s degree in Diplomacy & Military Studies from the Hawaii Pacific University in May 2013. He currently resides in Honolulu and has worked in various fields such as non-profits, community relations, education, market research, sales and hospitality.

Fatlum is a naturalized US citizen. He is fluent in Albanian, Macedonian, English and has a good knowledge of Spanish, Serbian and Italian. His interests include cultures, traveling, diplomacy, foreign languages, non-profits, soccer, fashion, music and film.