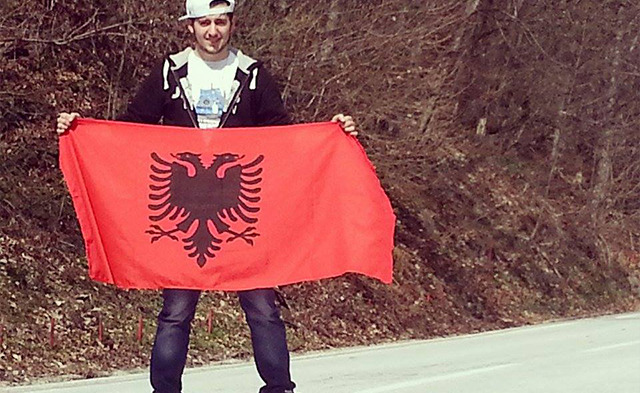 The title of this story is “1 Word 1 Lira” (lira is a coin used in the Ottoman Empire) and this is an old story that has been passed down by word of mouth in my family.

Once there was an Albanian man who had been away from home for many years. He had left and gone far from his family in order to make money. He had made only 3 liras for all his work. Along the way he stopped in an Albanian village and was invited to spend the night in one of the homes. When he walked in, he greeted the elder who was sitting at the table, but the elder just nodded and didn’t say anything. After dinner he asked the sons of the elder “Why doesn’t he talk?” and the elder’s son replied “Because one word (piece of advice) from him costs 1 lira.”

The following morning, the traveler continued on the road toward his home. Along the road, he met a fellow traveler and they both walked together on their journey. When they reached a forest, his new friend said, “Let’s take this shortcut and we’ll reach the other side of the forest faster.” The traveler replied, “No, thank you, I’ll take the main road.” His friend said, “Okay my friend, it was nice meeting you.” The two of them parted ways and continued walking. A few minutes later a gunshot was heard. The man’s friend had been robbed by bandits and killed. When he heard the shot, he thought to himself, “The old man was right!”

He continued his journey and reached a river, but as he was about to step in the water he remembered what the old man said about crossing the river when the water was clear. He noticed that it wasn’t clear and so he decided to wait. Minutes later a merchant passed by with his bags of money and said, “What are you waiting for here, stranger?” The man answered him: “I’m waiting for the water to clear so I can cross the river.” The merchant answered him saying, “Come with me; this water is clear sometimes and sometimes not. It will probably take days for it clear. Don’t bother waiting.” The man answered him simply, “No thank you, I’m going to wait.”

The merchant started crossing the river and after he took two steps in, he fell in the water and disappeared but he left managed to throw his bags on dry land before he drowned. The traveler looked inside the bags and found 300 liras. Feeling obligated to return the money to its rightful owner; the traveler looked around for an entire day, but never found him. The next day, the water was clear so the traveler continued his journey and he was amazed by what the old man had told him.

Finally, he arrived home after so many years and he knocked on the door of his house. His wife opened the door but she didn’t recognize her husband. He said “I’m a traveler and I was wondering if I could stay in your house for tonight?” She replied to him, “I’m sorry but I’m all alone in the house.” A moment later, her son came down the stairs and asked what was going on. The traveler didn’t recognize his own son because he had not been born yet when he left to go far away for work.  Because of this, he mistook his own son for his wife’s new husband.

Even though he was angry inside, he explained his story again to the man and his wife. The man said, “Come on in and you can stay for the night.” The traveler walked in and sat down to eat. During dinner his son and wife were talking to each other with kind and sweet words. He was sure the man was her husband and was boiling mad. He put his hand on his gun that was sitting on his lap under the table and wrapped it around the trigger. He wanted to kill the man right then and there, but then he remembered the third piece of advice that the old man said about anger. He waited until morning.

In the morning, the man said “I won’t eat breakfast; I have to go and work.” You eat breakfast and then you can continue on your journey. The traveler’s son started walking to the door and his mother followed him. At the door, he heard the mother saying to her son “Goodbye my son and be careful!” The son replied, “Goodbye mother!” The traveler went to the door and shouted to the man “Hey you, come back here!”

The man came back and the traveler said to his wife. “Have you been married?” he asked his wife. She replied “Yes a long time ago. But my husband left Albania to make more money and hasn’t returned in years.” He asked “Did he have any marks on him?” She said “Well yes, he did, actually: a mark on his shoulder.” The traveler smiled and pulled the shirt down to show the mark on his shoulder. As he did so, he said to them, “I am your husband and your father”.