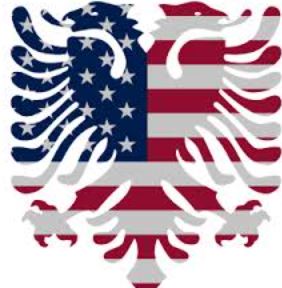 “I am sorry to be an Albanian” This is what one might think after UEFA-s decision to reward the aggression and punish the victim! Yet, one more time Europe shows its colors towards Albanians. I should not generalize and say Europe, but the name UEFA represents all the European countries. I was shocked and disgusted by UEFA’s decision to give 3 points to Serbia! This is not real! This is unbelievable and makes me sick to my stomach! After all those racist slurs were said against Albanians, throwing chairs at the players, attacking them in any way possible! And still Albanian team needs to be punished?  Maybe the UEFA expected our boys to [accept this abuse]. Well, I am sorry UEFA, but we have pride among us! No, we stand up to aggression and violence. Overall, we are Albanians, the same nation not long ago went through ethnic cleansing and was massacred and left hopeless. And, yes from no one else, but Serbian forces and regime. Hint, the same people who are running today’s Serbian government. But we come strong and united and we stand tall against any obstacle that it’s thrown on our way, because that is how we have survived for centuries. We are in the 21st century, and one might think that Europe finally learned its lessons from WW2, wars in former Republic of Yugoslavia.  However, no. It again failed to stand up to aggression, racism, discrimination and inequality. As result, they punish the weakest and reward the strongest. That is how we teach our new generation to hate!? I have one more thing to say. Albanians have changed since last you dealt with us on a large scale. We are smart, intelligent, talented and gifted. Your decision, UEFA, only fueled my conservative nationalism and brought my pride of the sky back (from Greek methodology about double headed eagle). That is how the drone appeared in the game, because no Albanian fan was allowed to cheer for their team in a stadium. And yet the eagle made its way to its eaglet. On the end, I care less about your filthy decision because for me what our boys did and what that team did was a win for me. We go and shine no matter what gets thrown at us, chairs, fireworks punches and whatever else. We take care of business and move on, and do not disrespect our historic figures and symbols. Just as we showed on the field that night, we’ve shown the world throughout centuries that we die to protect those sacred symbols. Thank you Cana, Xhaka, Balaj and the entire Albanian team. I can’t be any prouder to be an Albanian.