Draft of a Chapter 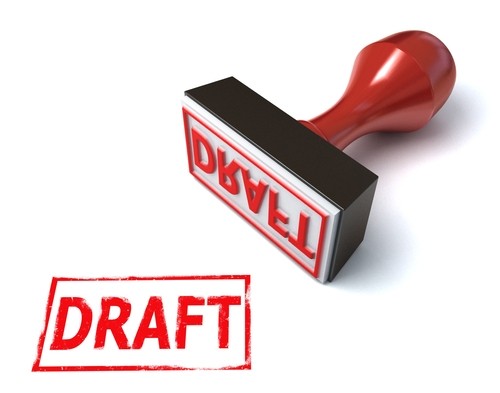 Hi everyone. I have decided to release a draft of text from a chapter of the book. It is only a draft, but I welcome comments and suggestions. I hope it will give you an idea as to my style of writing and the way I am going to present some of the themes in the book. Enjoy!

In 1989 I was six and lived in a middle-class home in the United States.  I took piano lessons every Thursday afternoon after school and my biggest worry that my best friend would get the purple Popsicle and I would be stuck with red, my least favorite “flavor”, when we played across the street. I knew the president was someone named Bush, but it wasn’t because I knew what a president was.  I was a bossy little girl and all the adults said I was going to be president one day. I thought president meant you could go first on the slip-and-slide.  The only reason I knew his name was because “bush” was one of my newly acquired vocabulary words and I saw commonality in our last names referring to nature.

In 2012 I was twenty-nine and in the Dominican Republic at a pizzeria with an Albanian friend. Despite it being in a tropical location I welcomed the warmth of the authentic brick oven. As with any good pizzeria, the smells were overwhelming, my mouth watered and I was instantly hungry when I walked in the door. We ordered a pizza; a simple task that doesn’t vary much from country to country. Like clockwork, after waiting a few minutes, we had a pizza in front of us: piping hot, gloriously seasoned, greasy and enticing.  As we ate, somehow we got on the topic of being six years old.

I knew my friend had lived in Albania during communism. I attempted to put myself in his shoes, trying to piece together Albanian communism from accounts I had read of Berlin after WWII as well as Cuba today.  Somehow I thought this would get me to a place of understanding him since I really had no frame of reference.  He began to speak and at first, it sounded rehearsed; as if he had said it all before to someone else. He had a jovial look on his face and talked about how everyone was paid the same. The bread maker made the same amount of money as the doctor who had saved your uncle’s life. He tried to explain communist jokes, which I didn’t get because I didn’t think they were very funny.  He moved on to explaining the consequences of isolation from foreign influence: his parents did not speak anything but Albanian because it used to be a crime to listen to Italian radio or learn a foreign tongue.  My thoughts immediately drifted to religion and I was sure he was going to tell me stories like those I had heard from my Cuban in-laws about hiding their rosaries and worshiping in secret. We did talk about his family inconspicuously continuing on their catholic traditions, but he seemed unaffected by those events.  I pressed on, feeling as if he had something else he wanted to tell me. I asked him about his relationship with his parents, whether or not he was well behaved, and what were his favorite things to do as a child. He told his accounts with a lighthearted tone and I continued to munch on my pizza, feeling like I was in a typical history class – extremely interested, but emotionally disconnected and unable to relate.

I casually asked him about being hungry during communist times, since we were eating pizza and all. Suddenly he stopped eating and put his food down. He looked me deep in the eyes and let out a laugh that was so pained, it made my stomach drop.  I stopped eating too. Out of nowhere, he was a different person, no longer joking and fun. Now he was dead serious. “Do I remember being hungry?” he asked me in disbelief.  “Of course I do.  I remember lying in bed at night hungry. I remember waking up hungry. I remember my mother promising that the next day she would find a way to give me what I needed because I was growing. I remember my parents’ quiet conversations at the dinner table about how to feed my brother, sister and me”.

Food was rationed in communist Albania and food shortages were common due to poor management of resources. My friend continued, “We had a [non-commercial] farm. Everyone in the north did and I remember that we all could have survived on our farms alone. We had cows and goats, some sheep and a horse (sometimes two). We had enough land to grow food, but the government wouldn’t let us eat our animals or use our land for gardens. We had to grow what they said we had to grow. We could only slaughter the animals they allowed us to slaughter.  Everything had to be redistributed to the rest of the country.  When we could, my mother hid away extra vegetables. It was nearly impossible to get extra bread. My father dug out part of the kitchen floor, where we kept meat that we had slaughtered secretly and the goat cheese we weren’t allowed to have. We had to do it all at night [the food preparation and consumption]. You couldn’t trust anyone not to snitch on you having extra food, so it was very dangerous to do what my parents did. I remember them having trouble one night because they couldn’t decide whether to slaughter a goat or not. We needed the meat, but we would lose the cheese and milk if we did that.”

I sat there in disbelief; a half chewed piece of pizza sitting awkwardly in my mouth. I felt sick. I wanted to go back in time and make it better. I wanted to hold his six-year old little hand and give him my purple Popsicle. As an adult my mind immediately sympathized with his mother. Could you imagine having to tell your child that there is no more food to eat? “No”, I thought to myself, “Put yourself in his shoes. Think like a six-year old. Think about how that shapes a person’s character and childhood.” My six-year-old self could no more understand his six-year-old self than I could have understood who President G.H.W. Bush was and what he did for a living. As I was caught up in my own selfish thoughts, I realized my friend wasn’t even remotely expecting me to understand, to make it better or even to react. This was so much a part of his being that the only thing remaining was bitter acceptance. As abruptly as it had begun, the conversation was over. He shrugged his shoulders, let out a forced laugh and said “yeah, crazy shit”. His walls were back up and his eyes said to me, “Just forget it”. He picked up his pizza again, took a bite and signaled for me to pass the parmesan cheese.